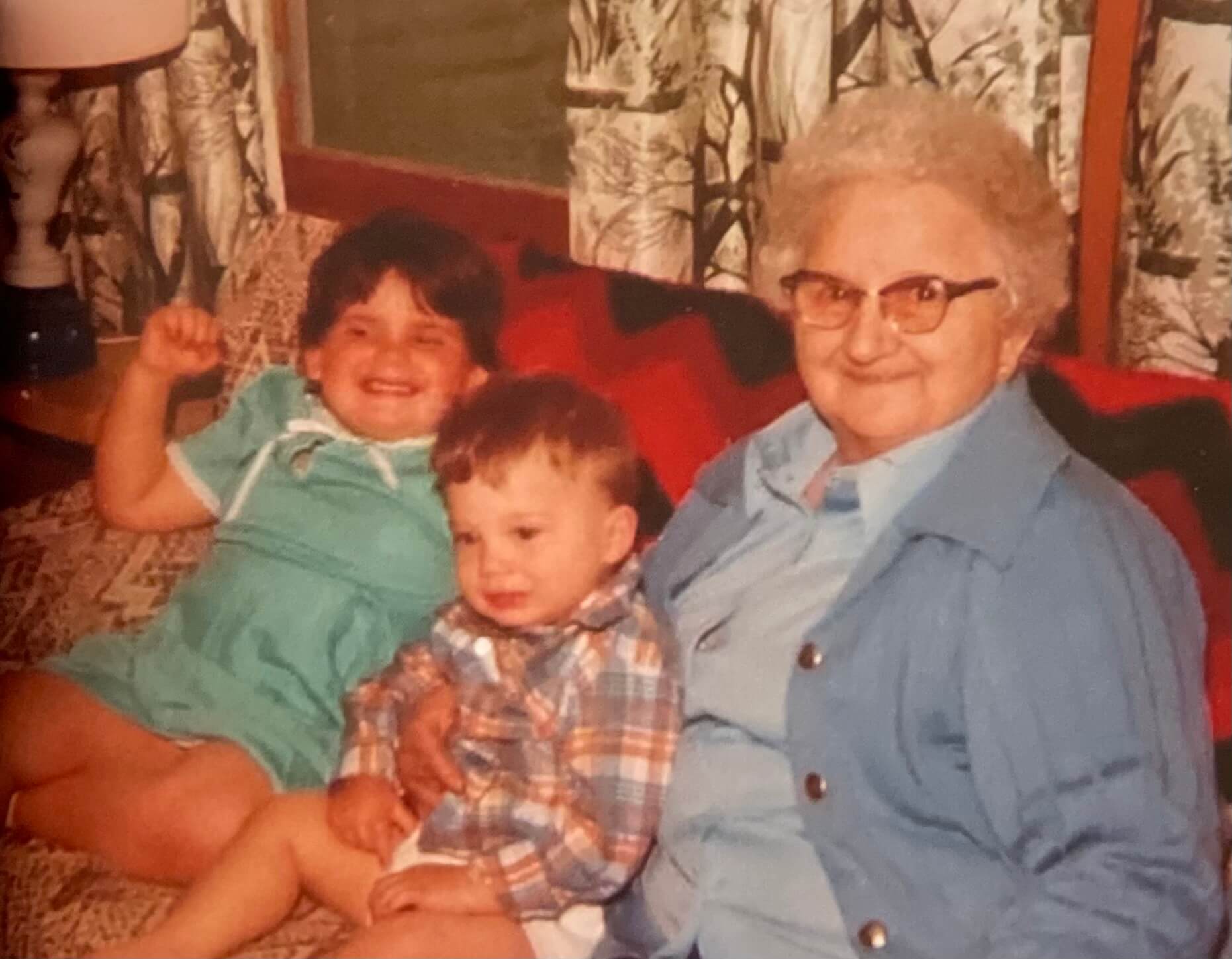 My maternal grandmother died about a month before my fifth birthday and my memories of her are sadly limited. I do remember that she had a kind smile, always doted on my sister and cousins and me, and always insisted that we eat more food. I recall that the cabbage dishes were always off-putting to my young palate but I always looked forward to two of her specialties – dishes she called “nut roll” and “cheese bread”. It took me almost 30 years to fully understand the cultural significance of these dishes.

My mom has also passed but my early memories of her involve constant cooking, jars upon jars of homemade pickled things, and a big garden. She loved to bake and there were always fresh cakes or cookies and an endless pot of coffee to share to share in case “friends came over to visit”. Mom was a “feeder” – it was impossible to leave the house without a full stomach and leftovers. Most of my mom’s family was Catholic and reunions were huge events with what seemed like dozens upon dozens of aunts and uncles and cousins. Food and family were always the focus of these gatherings and my mom’s baked goods, cabbage in various forms, sausage, noodles, and potatoes were always present on the table.

After meeting other Croatians and traveling back to Croatia, I’ve come to realize how my normal midwestern family was so much more “ethnic” than I ever realized. My grandmother’s weird cabbage dish was sarma, her “nut roll” was orahnjača or povitica, and the “cheese bread” was a rustic version of the famed Zagorski štrukli. These, along with various versions of pork, noodles, and/or potatoes, continue to be common dishes in northern Croatia and their history goes back hundreds of years to my ancestral home, Karlovac.

My mom, aunt, uncle, and a cousin traveled to Croatia to visit family in 2004 but I didn’t really have much interest in it at the time. I’d recently graduated college, was focused on my career, and friends were a higher priority than understanding family history. About 10 years later as I hit my 30s, life settled down and I began asking my mother more and more about the family’s background. This is when I fully comprehended that my great-grandparents were born in Croatia and came to the US in the early 1900s. My grandmother grew up speaking Croatian as her first language. There were always so many extended aunts and uncles and cousins at family reunions as my grandmother was one of 11 children.

I felt I was just beginning to understand the nuances of my family roots when my mother died in the fall of 2013. My Croatian roots came out in full force after Mom’s death. I took some time off work and, like my mother, coped by staying occupied – cooking was my strategy. I apologized to friends and neighbors who were buried in loaf upon loaf of bread, povitica, soups, and stews. Taking care of others was how I took care of myself. Once the holidays had passed, I told Colin that I wanted to do something special to honor my mom; something she would have done if she were in her 30s with a few dollars to spare; something a little crazy, impulsive, or even frivolous. We booked our first trip to Croatia.

Colin and I are both strong Type-A personalities so we love to have things planned months and months in advance. Once the logistics for the trip were resolved it hit me – how could I go to the country of my ancestry without knowing at least a few words? I’d visited the Czech Republic and Poland so I didn’t know much about Slavic languages other than strange accent marks over some of the letters and really difficult pronunciation. Based on those limited experiences, I knew that I couldn’t learn any Croatian on my own; I needed a professional to help me. I contacted a few languages schools in downtown Chicago but, as suspected, Croatian wasn’t an option given the small number of global speakers. An administrator at one of the language programs was kind to follow up with my inquiry and indicated that she’d met Croatia’s Consul General to Chicago at an event a few weeks prior. She suggested I reach out to the consulate for some advice on who might be able to teach me some of this challenging language. The Consul General replied to my message within the day and said she had just the person in mind, a “master linguist” who’d immigrated to the US from Croatia a number of years prior.

I’ll go into the challenges of the Croatian language in subsequent posts but let’s just say that I had first-day-of-school nausea leading up the first Skype class. I didn’t know what to expect, how hard it would be, or what my new teacher would be like. Luckily, Miro and I hit it off immediately. He’s incredibly skilled in languages, patient, well-read, and is now one of my closest friends. Much like my mom’s death, meeting Miro changed the path of my life in a HUGE way. He was the one who informed me of my eligibility for citizenship, helped guide me through the process, and proofread all my application materials. He’s an all-around good guy.

Even though I’d worked my way through most of the “Croatian for Beginners” text book, I was a little nervous when I asked for a bijelo vino on the Croatia Airlines flight from Paris to Dubrovnik. The flight attendant had a huge smile as she handed my white wine – my first real-life test was a success! Although I only had a 100-word vocabulary and the grammar of a caveman, my efforts to speak Croatian were well-received by taxi drivers, restaurant servers, and everyone else we inquired. My jokes were even understood when I asked if I could sell my friend at the Trebinje market! We spent a week on sailing charter and the skipper, Miki, took me under his wing and taught me new words and corrected my grammar and pronunciation throughout the week. My family story, love of the sun and sea, and limited Croatian skills had convinced Miki that I was a real Croat. Miki, too, remains a good friend and we had the pleasure to sail with him again in 2019.

When people ask me “why Croatia” or “why did you get your citizenship” I can’t help but smile and think to myself that it was always in the cards. I was Croatian all along but didn’t realize it. As Churchill said “never let a good crisis go to waste” and my mom’s passing was the kick I needed to go outside my comfort zone and explore my roots. I also had the good fortune to encounter so many good, supportive people who equally love Croatia and were excited by my interest and perseverance. I’ve come to realize that most Europeans are like this – a little effort to learn and understand their language and culture is rewarded exponentially. Although I didn’t anticipate it at the time, these positive experiences have led to life-long interest in Croatia. We’ve now spent more than 90 days on Croatian soil, I’ve obtained my citizenship, and I look forward to the day when we move there.

my grandmother with my sister and me as a baby 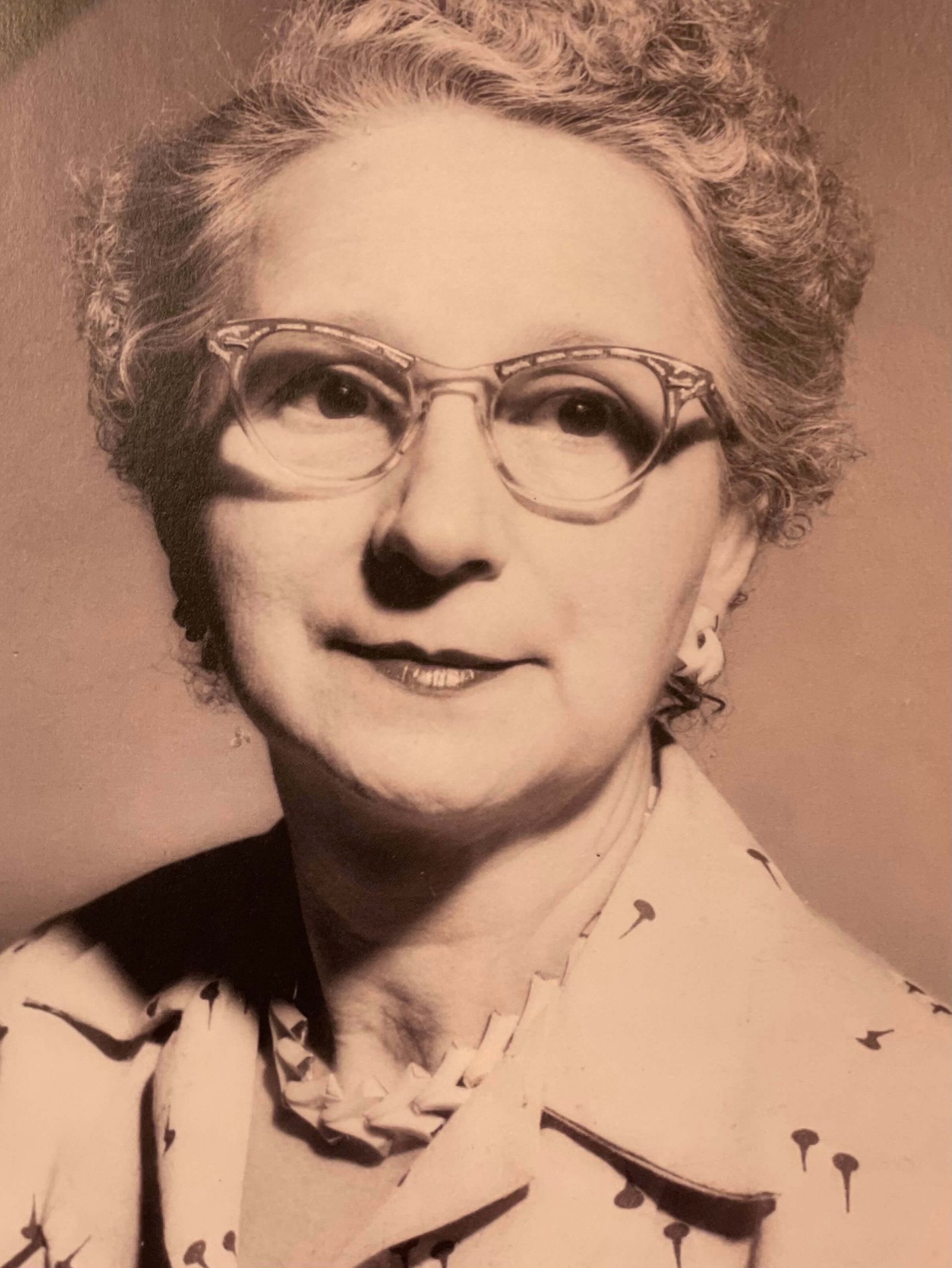 my kind and beautiful grandmother 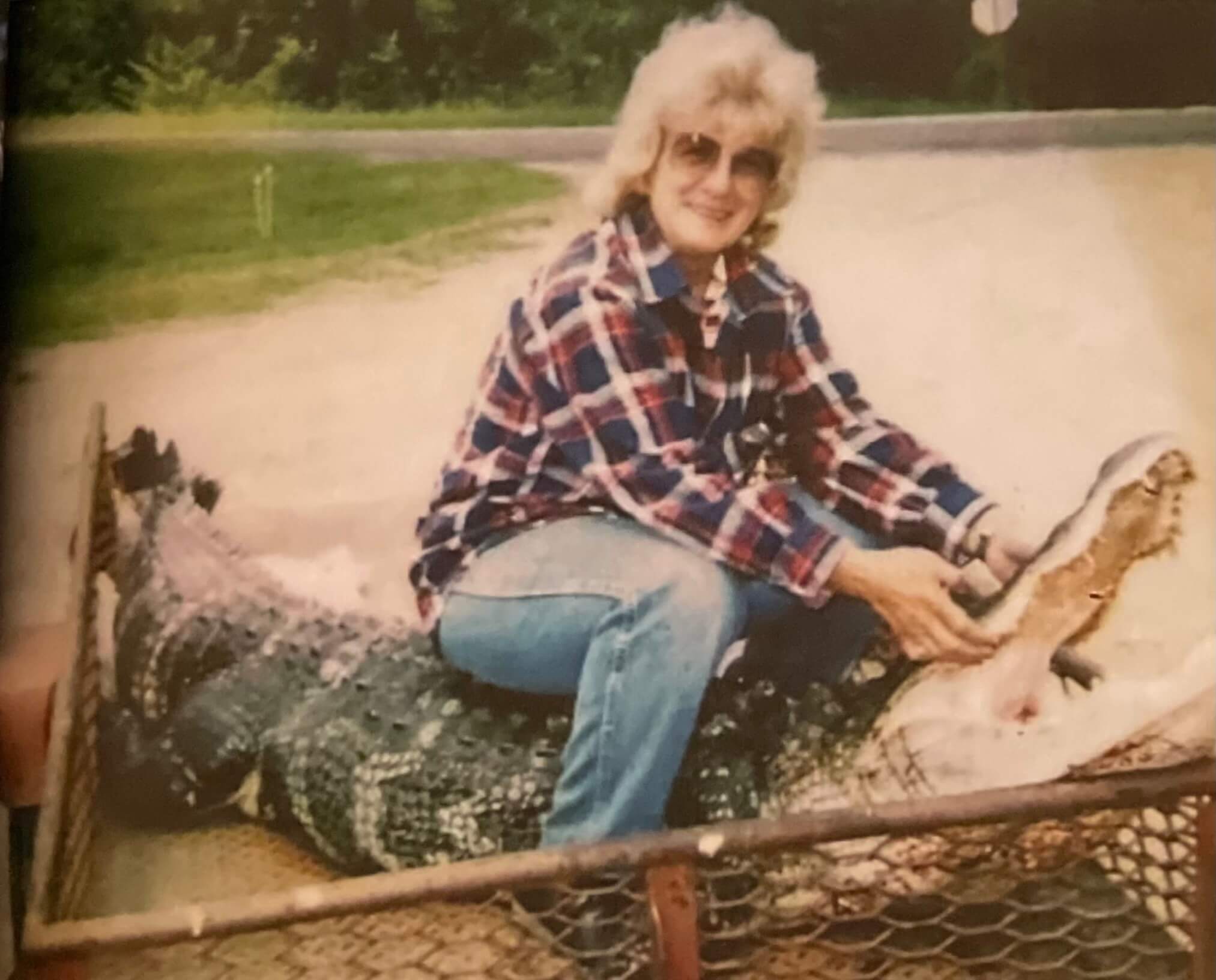 my mother loved an adventure 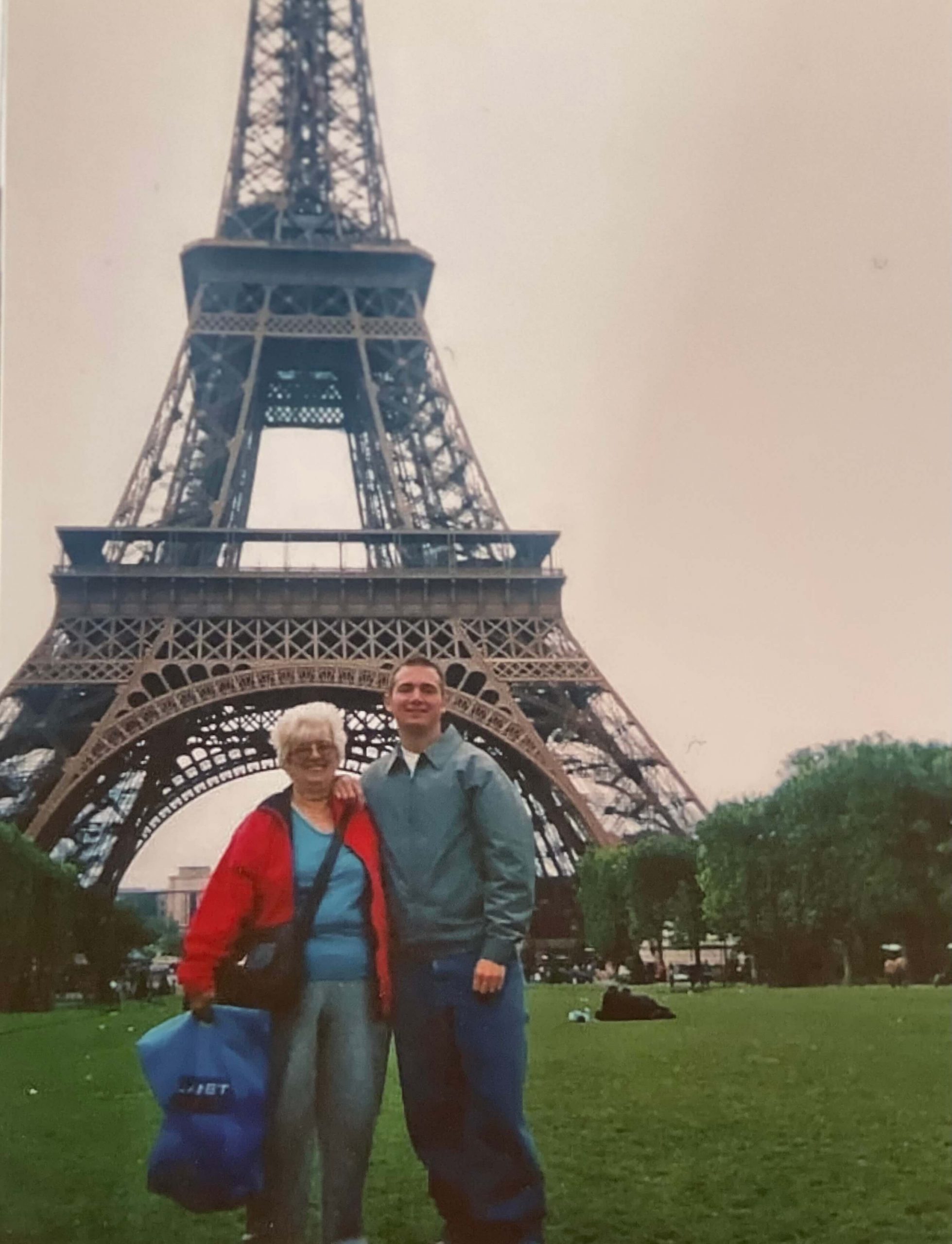 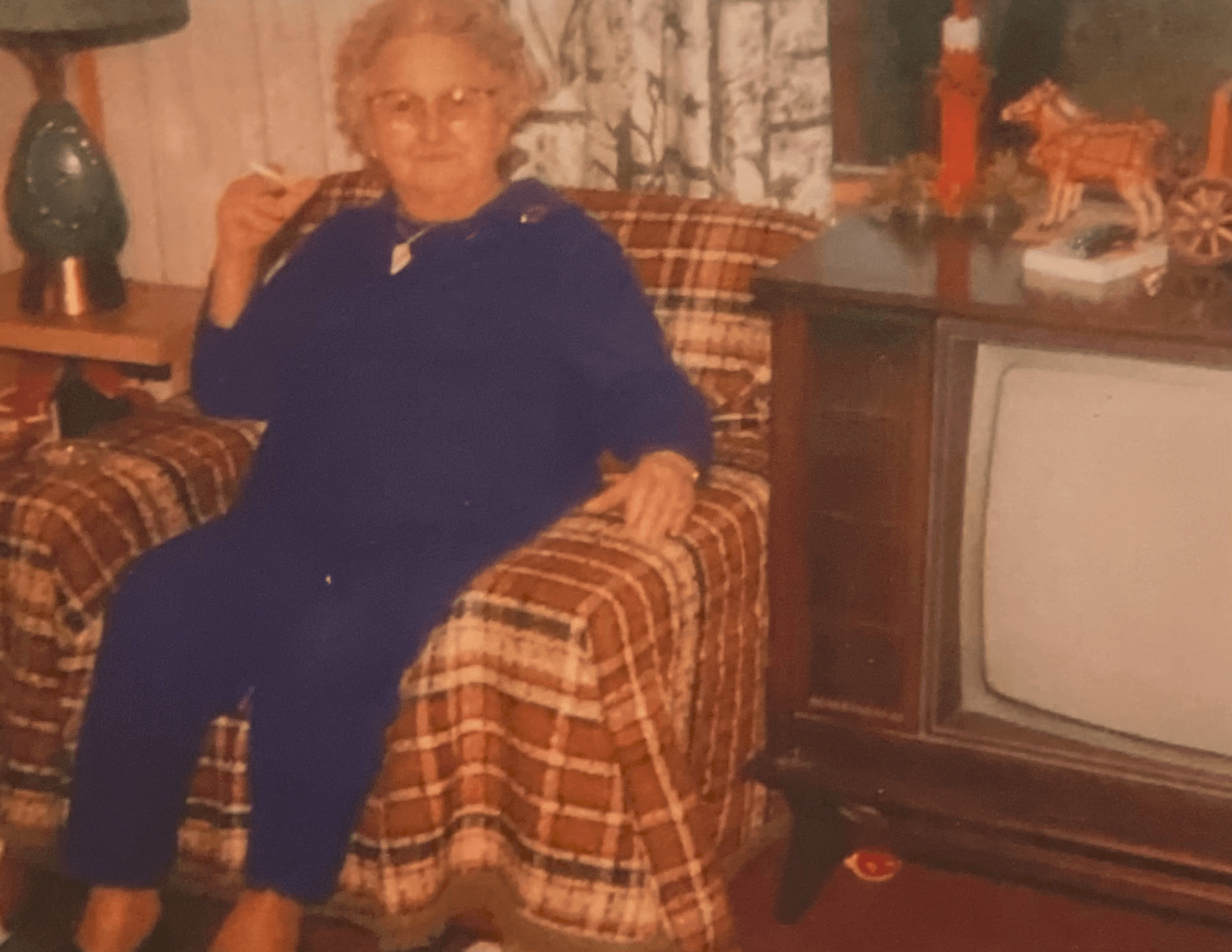 my grandmother looks like she’d be at home in Zagreb